I just got off the phone with Mark Zunino and got the scoop on the beautiful dress he did for Sofia Vergara for the Grammy awards!

Of course, he knew Sofia from doing a dress for her wedding rehearsal dinner. It was a dress that received a lot of press attention and I think it is because she felt so beautiful in it.

Four days before the Grammys, she came to Mark with a last-minute request. Could he do a completely new dress from scratch in 4 days? Wow. These dresses are created completely by hand. All the beading, the fringe, the pattern, the corset, the detail, every single piece of it is done by hand. 4 days?! They went to work immediately. It took three people working around-the-clock until just four hours before the awards show to finish the dress. The timeline was so tight! 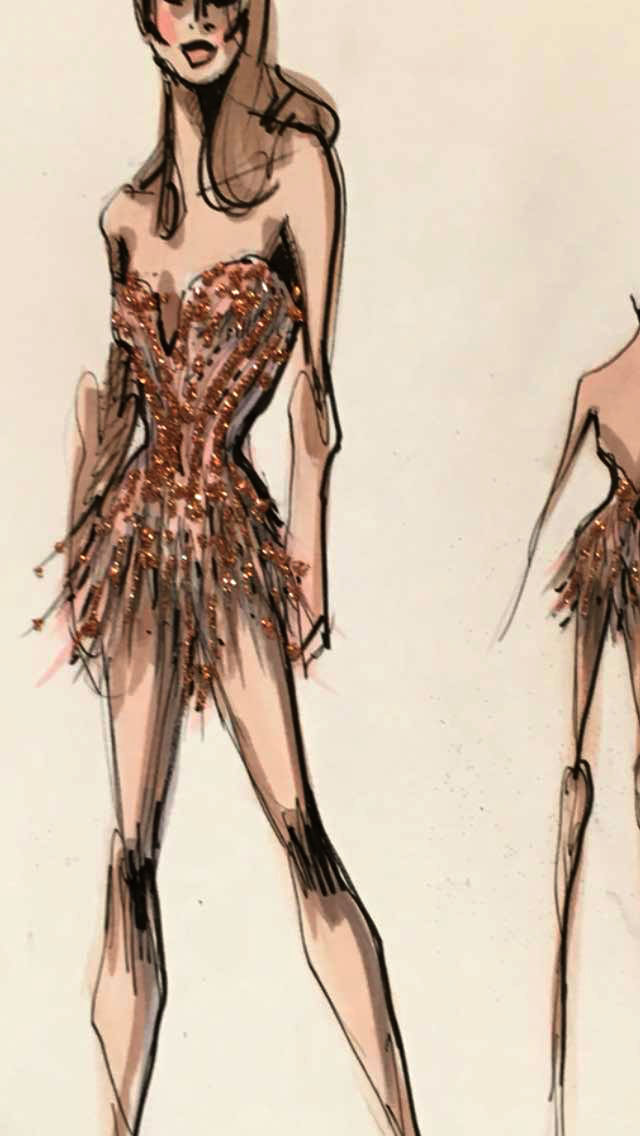 He was telling me that she was very nervous about doing this appearance as it is out of her comfort zone. I found it extremely endearing to know that someone as beautiful as she is could still be nervous about anything! There was a lot of discussion on whether or not the fringe should be as long as it was and the design of dress. She doesn’t usually wear things that are this length and show her legs, so there were a lot of things that she was nervous about! She and Mark worked it all out. It ended up weighing 25 pounds! She tried it on and it fit like a glove.

Even though she loved the look, she was still very nervous about going onstage and dancing in something she had not had a chance to rehearse in. But she didn’t let it stop her.
When she came out onstage and had the costume of the taxi over her dress, Mark was so frustrated. He couldn’t believe he had done this beautiful dress and no one would see it.

But then the taxi costume came off. She said that she could hear everyone in the audience react and it gave her an amazing feeling of confidence. She felt as beautiful and confident as she looked and of course became one of the highlights of the entire Grammy awards evening.